Dave Klinger, President of PPC Lubricants, has been named to the Petroleum Quality Institute of America (PQIA) Advisory Board.

The Petroleum Quality Institute of America Advisory Board is comprised of leading professionals representing a broad range of fields related to the lubricants industry. According to the PQIA’s website, the PQIA Advisory Board “provides guidance, advice, recommendations to PQIA’s management to ensure a fair, equitable, rigorous, transparent and unbiased approach in the manner in which PQIA carries out its mission. In addition, the AB serves as an advocate of PQIA and its purpose and mission to lubricant industry stakeholders. PQIA Board Members Agree and Comply to the PQIA Code of Ethical Business Conduct.”

Members of the Advisory Board include prominent individuals from additive companies, major and independent lubricant manufacturers, lubricant marketers, as well as from General Motors.

In a statement made to PQIA, Klinger said, “I am excited to become part of the PQIA Advisory Board. I hope to bring a unique combination of commercial expertise, supply and distribution experience and an entrepreneurial mindset which will complement the expertise and experience of the other members. And I look forward to getting involved in the debates and discussions to build on PQIA’s successes in assuring the quality and integrity of lubricants in the market.” 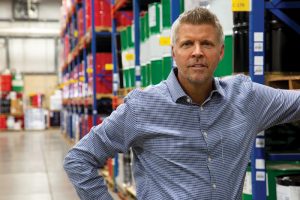 Dave Klinger is the President of PPC Lubricants, a 4th-generation, privately owned petroleum lubricants distributor. PPC markets and distributes lubricants, DEF, antifreeze and other functional fluids and services for automotive, heavy-duty commercial and industrial businesses. PPC has six facilities in the Mid-Atlantic region. Since Klinger became president of the company in 2001, PPC has grown from 10 employees and $5M in revenue to 220 employees and over $200M in revenue in 2019. Klinger has accepted, on PPC’s behalf, the recognition award of winning Shell Oil’s Distributor Challenge three of the last five years.

Klinger is also currently the President of Drydene Performance Products which was formed in 2018 to re-launch the Drydene brand and products after a market hiatus. Drydene, a strong heritage brand dating back to 1943, has grown rapidly under Klinger’s leadership, including an already extensive product line and partnerships with motorsports groups like the World of Outlaws and Dover International Speedway.

Prior to his time at PPC and Drydene, Klinger started his career as a lubricant sales representative for Carlos R. Leffler, Inc. in 1986 and was promoted to Sales Manager in 1992 and became Vice President with Leffler in 1994. Leffler was acquired by Columbia Gas in 1997, and Klinger became Vice President at the newly formed Columbia Energy in 1997. He earned his bachelor’s degree in Business from Elizabethtown College in 1986 and received a Certificate in Sales and Marketing Leadership from Northwestern University’s Kellogg School of Management.

During Klinger’s career he has served on numerous industry advisory boards, including:

Klinger leads and lives by this mantra: ‘I’ll either find a way or I’ll create one!‘